The night my life changed 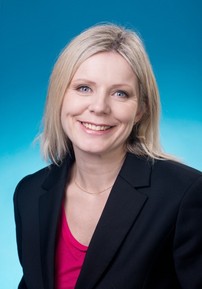 I started my day back at work on September 17, 2015, in an early childhood setting where I had been studying towards my post graduate diploma in early childhood education. I had been unwell for around four weeks prior with influenza and a nasty sinus infection. This was the first day I started to feel ok but to be honest my head still did not feel quite right. My colleagues that were working with me that day told me I still looked very pale and questioned if I should have been working.

In the early afternoon I started to contract a headache which did not seem to go away. I complained about a sore ear and said to my supervisor that maybe I should go home as I felt a bit sick. She agreed and said she hoped I would get better soon. I picked up my daughter from school and did my normal routine but still had the headache. I did some study that night and went to bed.

Around 1.30am I woke up in excruciating pain with my ear seeping some sort of fluid from it. I decided to hold off until 4am as I have a six year old daughter who needs sleep to attend school. I am a solo parent so I don’t have anyone looking over us. I then got up out of bed at 4am and woke up my daughter to tell her I needed to urgently see a doctor because mummy was not well.

I decided to drive my car down to the hospital and I found this extremely hard to do with the pain I was experiencing. Thankfully we got there in one piece. When I got to the hospital there were three people in the waiting room. I noticed I started to feel like I was going to vomit and I felt very agitated and the need to see a doctor urgently.

The staff told me they were extremely busy and I had to wait. After two and a half hours in the waiting room I decided that maybe I could see a doctor at my local practice. I rang and made an appointment but had to wait for another three hours before I would be seen by someone.

I finally saw a doctor at my local practice but at this stage I was beside myself in pain. I could hardly see so I was surprised that I made it to the medical centre. My doctor looked inside my ear and said “you certainly have a nasty ear infection” and then took a swab of the fluid seeping out of it. She asked me if I had a rash anywhere on my body but did not physically examine me at all. I was holding on to her desk as the pain was getting worse and I told her my head was throbbing. She said I think you need to go home and rest. I was extremely upset and did not know what to do as the pain relief I had been taking was not working.

I got home and the pain was getting really intense. My sister arrived and asked me if I had taken pain killers. I said I don’t even remember how many I have taken? I then started to vomit and could not stop. She said she would take my daughter that night whilst I recovered. That night was probably the hardest night of all. I went to bed but was in extreme pain. My temperature was rising at a rapid rate around 39.8 degrees. I was then becoming delusional and my vision was changing. I then decided to call the ambulance to help me. I found it hard to talk but they seemed to understand my need for help. Help finally arrived in the early hours of the second day.

The ambulance staff gave me morphine and anti-vomiting medication. I was then rushed into hospital. The following 24 hours became a bit of a blur as I was extremely sick, weak and tired. They waited until I stopped vomiting and decided to do a lumber puncture. This confirmed that I had contracted bacterial meningitis with pneumonia. The infectious disease specialist sent me in for a CT scan and an MRI to check my brain. They found that when my ear drum had burst it had created the meningitis but also created a mastoid which damaged part of my hearing nerve. They decided to place a gromit into my ear to reduce the pressure which I still have to this day.

I then spent around two weeks in hospital on intravenous medication. The doctors told me they tried every drug however some were not responding to it. It was a race against time. They told me it had gone into my blood stream so they hoped the new drug would fight the infection. I felt stronger each day but still struggled to walk and felt very tired. The next day they told me the drug was working and they would keep me on this for around five weeks. The following weeks were challenging as I could not walk far and became tired easily. My diet became high protein and fresh vegetables to ensure my system could build good bacteria once again.

It is nearly four months since I was in hospital and I am thankful for being alive each day. I have had regular visits to see specialists at the hospital and they have told me I am doing extremely well. I have been given clearance to go back to work full time which I am thrilled about. I still need to see a specialist about my skin on my head as it has a problem with it this is a side effect of the illness. I know people may think this happens to young children and babies but I am forty years old and I certainly did not expect this to happen to me. I know many of us think it will never happen to me. I want everyone to know it could and if you do get a persisting headache that does not go away seek medical attention straight away! I hope the people who read my story will learn that is not an illness to be taken lightly as it can be affect people in different ways. It will take a long time for me to recover but I am feeling positive about life once again. Thank you for reading my story.