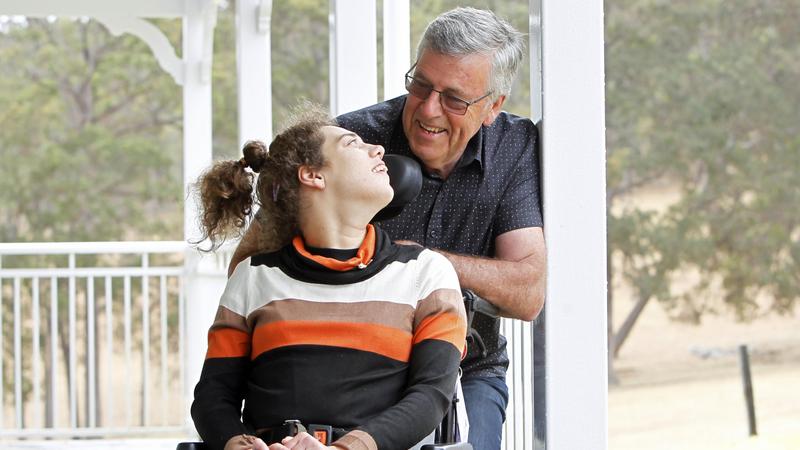 When Bruce Langoulant’s daughter was diagnosed with bacterial meningitis shortly after Christmas in 1989 he was just a young father.

Within three years he had co-founded Meningitis Centre Australia and then 15 years later he was raising awareness internationally as the founding president of the Confederation of Meningitis Organisations.

He said becoming a member of the Order of Australia was recognition for a lot collaborative work that had been done over a lot of years.

“I think it’s important that people close to the action are known about because we do it through thick and thin.”

As well as his work directly relating to meningitis Mr Langoulant was also the chairman of the WA Disability Services Commission for 16 years.

He said he had been driven by his firsthand experience with what can be a deadly infection as well as other disabilities.

“Ashleigh is going to turn 30 this year but has never walked or talked,” he said.

“She has cerebral palsy and epilepsy and intellectual disabilities — she didn’t die, but she did everything but die.”

After buying land just outside of Donnybrook in 2006 Mr Langoulant and his family moved to the area in 2011.

He travels back and forth between Perth each week in order to continue his good work and remained president of the confederation until it became based in England.

He said has loved living in the region and he was glad that his family had made a treechange instead of a seachange.

“Our daughter is probably better known in town than us,” he said.

“The support workers take her into town a lot and when we do we get recognised primarily as Ashleigh’s parents.

“In a smaller community like this people become known better, there is more community support and community protection.”

“It’s always nice to be coming back after a few days in Perth.”