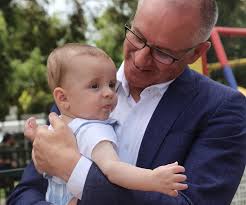 MENINGOCOCCAL B vaccinations would be free for all children under two, saving families up to $500 per child, under a Labor pledge.

SA has among the highest rates of the illness in Australia. Premier Jay Weatherill said the vaccine would be made free if Labor wins the state election this month, making SA the only state to give cost-free protection from all five major strains of the disease.

The number of doses required would depend on the child’s age.

The plan would cost $24.5 million over four years. There were 36 reported cases of meningococcal in SA last year. Between five and 10 per cent of cases are fatal.

As a dad, I know the deadly meningococcal B virus really strikes fear into the heart of every parent here in South Australia,” Mr Weatherill said.

“There is a vaccination, but sadly it’s out of the reach of many families.”

The move was welcomed by Oren Klemich, who lost his 18-year-old son Jack to the virus in 2009.

“He played football for his school on Saturday, he had a headache on Sunday and he died on Monday. That’s how vicious this horrible thing called meningococcal is,” Mr Klemich said.

“Meningococcal is a killer and the pain for families is astounding.”

Mr Klemich said he’d like to eventually see the vaccine also offered free to older children, with the government currently involved in a trial involving thousands of high school students.

The the provision of free flu vaccines to pre-school children comes off the back of one of the worst flu seasons on record last year with 27,463 confirmed cases, up from 7851 in 2016.